Chile was shaken near Concepcion, Provincia de Concepción, Region del Biobio, by an earthquake of magnitude 6.4
The quake hit at a shallow depth of 10 km beneath the epicenter near Concepcion, Provincia de Concepción, Region del Biobio, Chile, in the morning on Tuesday, September 21st, 2021, at 8:14 am local time. Shallow earthquakes are felt more strongly than deeper ones as they are closer to the surface. The exact magnitude, epicenter, and depth of the quake might be revised within the next few hours or minutes as seismologists review data and refine their calculations, or as other agencies issue their report.
Our monitoring service identified a second report from France’s Réseau National de Surveillance Sismique (RéNaSS) which listed the quake at magnitude 5.4. A third agency, the European-Mediterranean Seismological Centre (EMSC), reported the same quake at magnitude 6.1.
Based on the preliminary seismic data, the quake should have been widely felt by almost everyone in the area of the epicenter. It might have caused light to moderate damage.
Moderate shaking probably occurred in Talcahuano (pop. 253,000) located 57 km from the epicenter.
In Coronel (pop. 92,900) located 62 km from the epicenter, Concepcion (pop. 215,400) 63 km away, Lota (pop. 49,800) 64 km away, Arauco (pop. 24,700) 65 km away, Chiguayante (pop. 82,500) 67 km away, Penco (pop. 46,100) 67 km away, and Tomé (pop. 46,700) 73 km away, the quake should have been felt as light shaking. 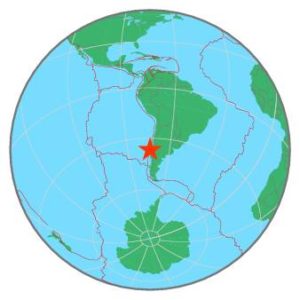