Active Region 13088 has almost rotated off the earth-facing side of the solar disk still had time to unleash another burst of solar activity with the largest a moderately strong M6.7 Solar Flare at 16:19 UTC August 28 and another Solar Flare just two hours later registered to M4.6 from this departing Active Region with maybe more to come in the next 12 hours. 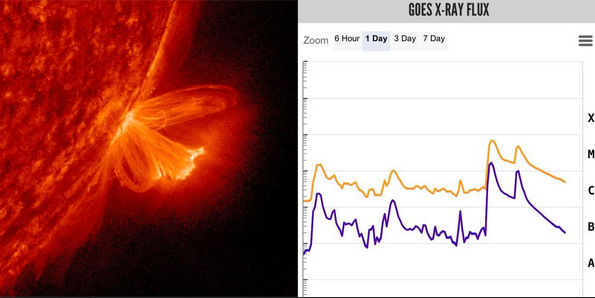 Associated with these blasts was a R2 Radiation Storm. Radiation from the flare caused a shortwave radio blackout over the Americas:  Ham radio operators may have noticed unusual propagation effects at frequencies below 20 MHz for as much as an hour after 1620 UT. This flare has produced a strong CME, which will miss Earth because of the blast site’s location on the western edge of the sun. 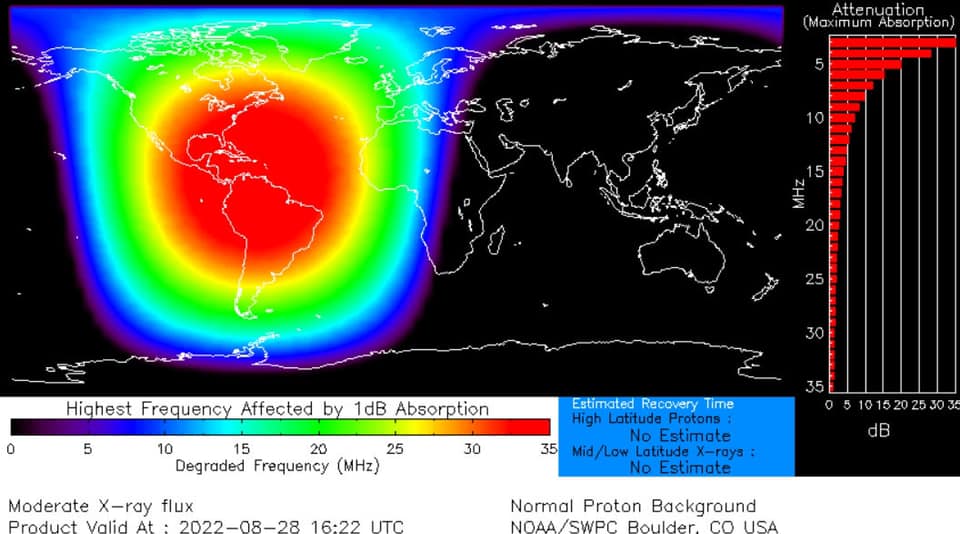 A strong energetic Coronal Mass Ejection (CME) has exited the blast site, however due to the location near the limb, should be directed away from Earth. The active region will continue to rotate behind the southwest limb during the next 12 hours. 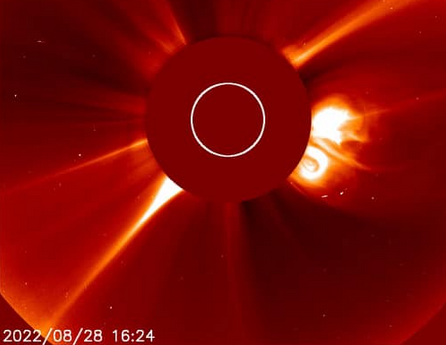