The sun continues to display a flurry of activity. Space weather watchers observed a series of powerful solar flares between Saturday (Aug. 27) and Monday (Aug. 29), the most powerful of which registered as an M8-class flare and occurred on Monday at  12:07 GMT. M-class flares are typically described as “moderate,” but can still “cause brief radio blackouts at the poles and minor radiation storms. Scientists rank solar flares into five lettered categories, of which M is the fourth strongest. Within each category, higher numbers represent larger outbursts. 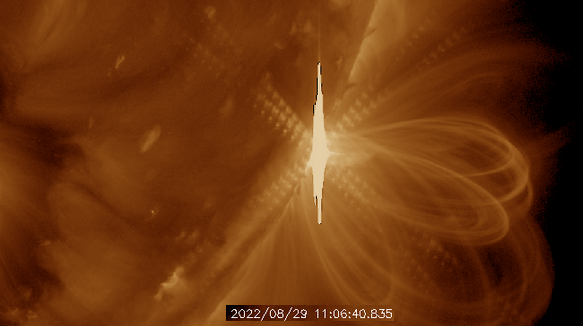 Now located behind the west limb, Active Region 13088 continued to unleash very strong solar flares, the latest a significant M8.6 flare at 11:07 UTC (Aug 29) and followed up with a M4.7 just seven hours later while behind the western limb. In the meantime, large Active Region 13089 is now moving into an Earth-Facing position although the region is stable and calm, it is still considered a threat for at least moderate M-Flares in the coming days. 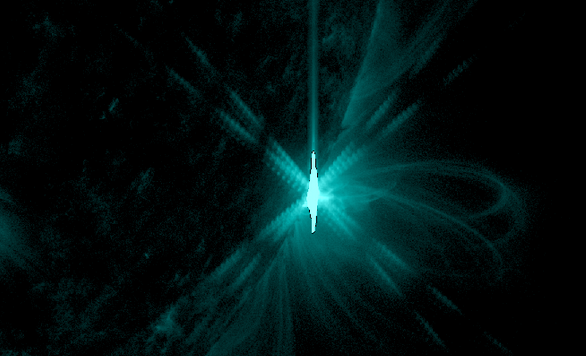 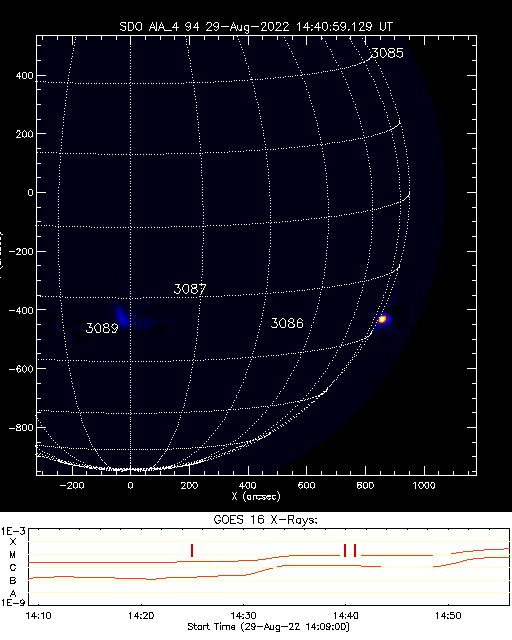