A magnitude-6.9 earthquake occurred off the southwest coast of Sumatra Island, Indonesia, at around 20:37, Nov. 18. The epicenter was about 212 km (132 miles) southwest of Bengkulu. The tremor occurred at a depth of about 10 km (6 miles), and moderate-to-light shaking was probably felt along the coast of Bengkulu Province, as well as weak shaking across the rest of Bengkulu and parts of southern West Sumatra, eastern and central Jambi, eastern and central South Sumatra, and eastern Lampung provinces. There have been no initial reports of damage or casualties as a result of the earthquake; however, significant damage is unlikely. It could take several hours until authorities can conduct comprehensive damage assessments, especially in remote areas.

Moderate aftershocks are likely in the coming hours and days and a magnitude-5.4 aftershock has already occurred at around 21:07 Nov. 18. The Indonesian Meteorology, Climatology, and Geophysics Agency (BMK) have advised that based on pre-run model scenarios, there is no tsunami threat from the initial earthquake.

Officials may temporarily shut down transportation infrastructure in the tremor zone to check for damage. Minor disruptions could occur during shutdowns, but service will likely resume quickly if no damage is found. Utility outages are possible, particularly near the earthquake’s epicenter. 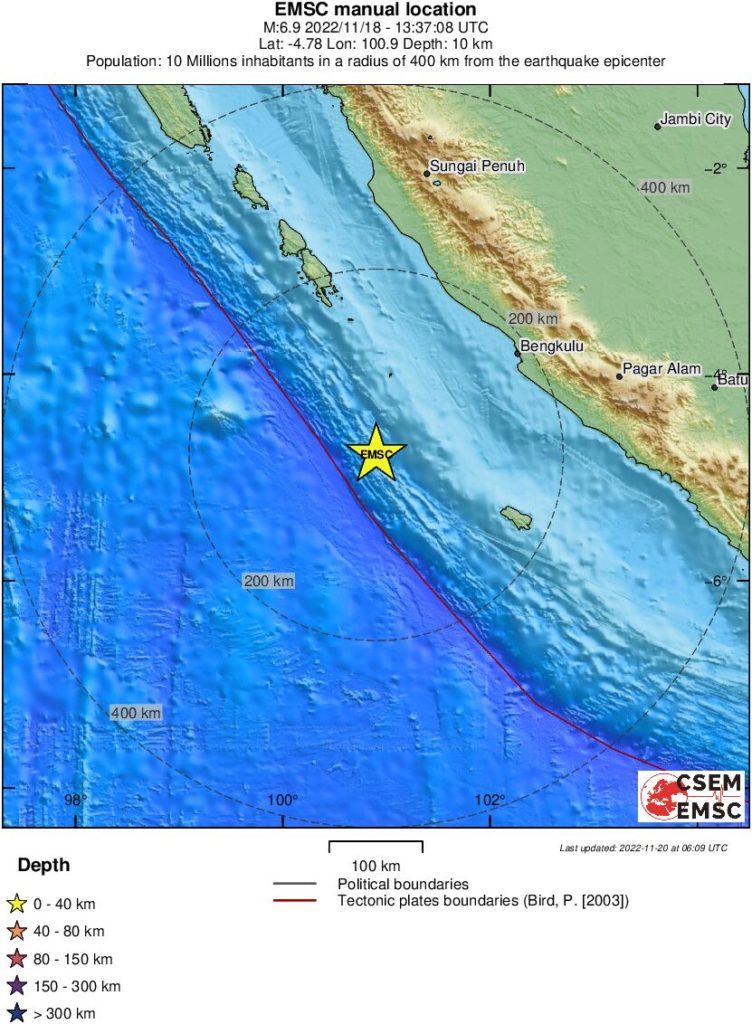 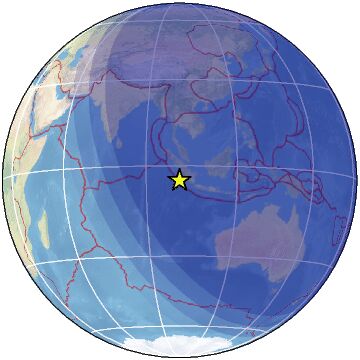