An earthquake of magnitude 6.6 has struck the Easter Island region in the Pacific Ocean near Chile, the quake was at a depth of 33km, the EMSC said.

Chile’s National Emergency Office (ONEMI) said the earthquake did not generate conditions for a tsunami on Chile’s coasts.

“There are no reports of damage,” a spokesman at ONEMI, adding that the agency’s office in Valparaiso was in contact with the island,  the earthquake struck 699km northwest of the island, where infrastructure is built to withstand a quake of that magnitude at that distance. 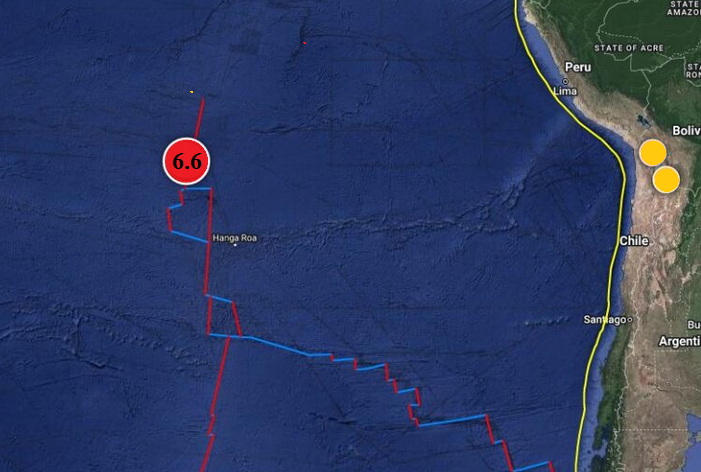