A powerful 6.6-magnitude earthquake struck off Indonesia’s Java island on Friday, the meteorology agency said, prompting some residents in the capital Jakarta to flee from buildings in panic.

Indonesia’s meteorology agency (BMKG) said the earthquake hit 52 km (32 miles) off Banten province at a depth of 10 km, but did not trigger a tsunami warning. The magnitude was initially reported at 6.7 but downgraded to 6.6. 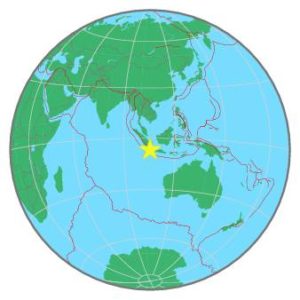 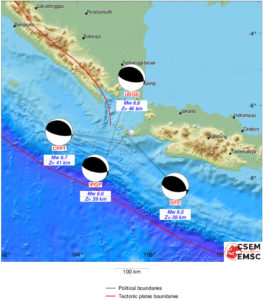 Event
A magnitude-6.6 earthquake occurred in the Sunda Strait, off the southwest coast of Banten Province, Indonesia, at around 16:05 Jan. 14. The epicenter was about 88 km (55 miles) southwest of Labuan. The temblor has not triggered a tsunami warning. This is a developing situation; additional information will be issued as warranted.

Advice
Plan accordingly for aftershocks. Consider vacating multistory buildings if operating in affected areas until authorities confirm their structural integrity. Allow additional time for air and road travel, as aftershocks may prompt brief disruptions. Seek updated information on road conditions before driving in hilly areas in the affected region due to potential landslides.