A magnitude 6.8 earthquake near Provincia de Chiriqui, Panama, was reported only 25 minutes ago by the EMSC, considered the best international agencies that monitor seismic activity worldwide. The earthquake occurred at a shallow depth of 10 km beneath the epicenter early morning on Thursday, October 20th, 2022, at 6:57 am local time. The exact magnitude, epicenter, and depth of the quake might be revised within the next few hours or minutes as seismologists review data and refine their calculations, or as other agencies issue their report.
A second report was later issued by The Incorporated Research Institutions for Seismology (IRIS), which listed it as a magnitude 6.9 earthquake as well. Other agencies reporting the same quake include Geoscience Australia (GeoAu) at magnitude 6.5, the German Research Centre for Geosciences (GFZ) at magnitude 6.5, the citizen-seismograph network of RaspberryShake at magnitude 6.9, and the European-Mediterranean Seismological Centre (EMSC) at magnitude 6.7.
Based on the preliminary seismic data, the quake should have been widely felt by almost everyone in the area of the epicenter. It might have caused light to moderate damage. 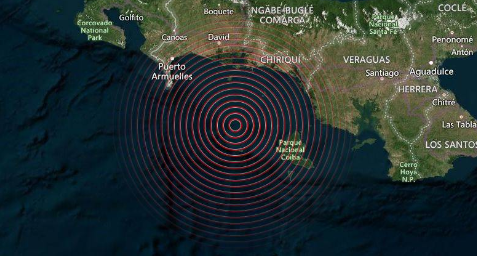